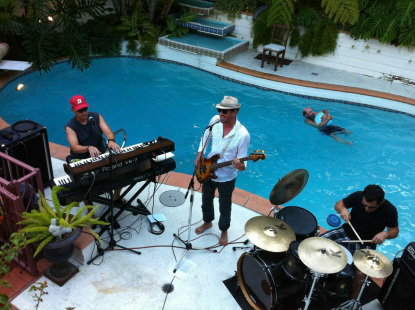 My Old Band consists of a group of musicians who have played together in many different musical genres and styles ranging from Jazz to Speed Metal. M.O.B. was created specifically for the Concerts in the Dell. The current incarnation leans more towards Rock, Blues, and Soul. Fronted by singer/bass player, Jake Ogle, flanked by the overcapable Brandon Meyer on Piano and B3 Organ and Nelson Lopez on drums. This years band is rumored to be adding members for an even more eclectic set. You won't see this band anywhere else!

My Old Band performing at last season's Concerts in the Dell. 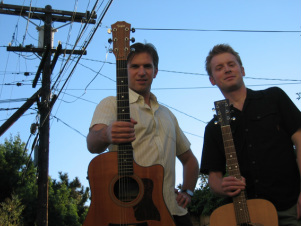 Blue Sky Divide is Matt Braaten and Paul Boruta. Matt and Paul grew up in Minnesota, Northfield and Bloomington respectively, and both attended St. Olaf College. They met through a mutual friend in Los Angeles in 2005 and began writing, performing, and recording soon after.

Blue Sky Divide developed a following in Los Angeles through word of mouth from their first album, Start of Things (2008) as well as from the energy of their live performances. They played several shows in the Twin Cities, one of which was to a packed house at the renowned 400 Bar. In southern California, they performed at a number of great venues including Room 5, Bordello Bar. They opened for the legendary Australian band, The Church, at The Coach House in San Juan Capistrano.

Matt and Paul have written and recorded two songs that were used by the Minnesota-based charity Kitegang.org.  Matt is currently recording new songs for his first solo record which is scheduled to be out in early 2013.  A new BSD recording could happen in the future if Matt and Paul weren’t so darn busy with other things. 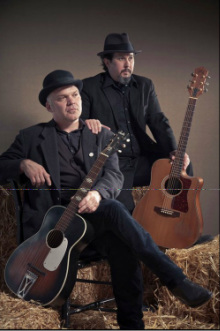 Songs of the sinner’s hopes & the saint’s regrets– snappy tunes & witty banter delivered with ample ability & aplomb. Capgun Hold-Ups are purveyors of acoustic country blues, tinged with whiskey & honey. A southern gentleman & a dude from back east found themselves transported to the far south-western edge of the country, each with a trunk fulla musical inspirations and influences, and an affinity for the high, lonesome & blue. Capgun Hold-Ups is Stosh Machek and James Slay.